Inspired by both Hitman and Viscera Cleanup Detail, The Cleaner puts you in the slippers of a cleaning lady who can't take any more disrespect. Help her splatter her way through a hitlist of evil middle managers and carefully erase all evidence of her deeds, leaving no one the wiser. Game six in my 12 games in 12 months Dev Diary challenge, intentionally designed for speedrunning, on a whim.

Unpack the zip file into the folder of your choice and run devdiary6.exe.

I'm pretty early in the game, but straight away I'll say that as soon as I realised that gliding on the mop is a toggle thing, not something you have to hold the button for, it became so much more fun

ok, I suffered a crash bug, I have a clip saved if anyone is interested in seeing it

this game is appealing visually and in the writing, though I think the core gameplay loop doesn't appeal to me so much

Reply
A Friendly Irin1 year ago(+1)

I didn't like this one as much as everyone else, it seems. It was a funny concept, but the actual gameplay felt a bit too slow and tedious to me. The problem you mentioned of having to redo the cleaning phase every time you fail is definitely real.

Mostly I think I'm just not that into speedrunning.

Pretty fun, I liked trying to optimize my movement with sliding and controlling the cart.

In the last level if you shoot a body part over to in front of the target, he alerts security despite being the one that killed the guy.

Text went by too quick; indoctrination was incomplete.

Works on linux via wine with winetricks dxvk. 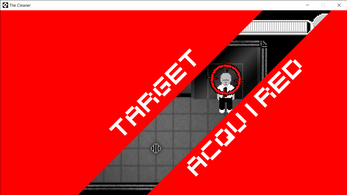 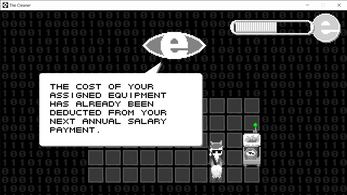 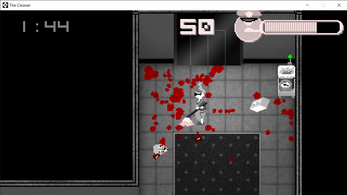 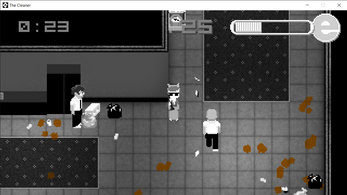 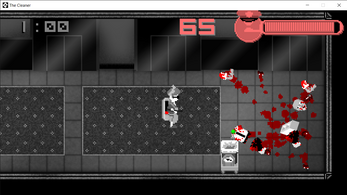