Help a flight attendant go over all the passengers of the day's flight and make sure they are all belted in with devices put away and backrests upright. Because if you don't, the consequences could be dire. The first game developed as part of my 12 games in 12 months Dev Diary project.

Unpack the zip file into the folder of your choice and run devdiary1.exe.

Oh man, I love this game, I've only just found the dev diaries

this game has a visual and writing style, and is generally just really fun. Two things that really stuck out to me are the failure screen and the red-eyes existing.

the wait for the takeoff was a great choice because it's so fucking tense though sometimes the wait between tries is annoying, I think it's worth it - one thing it could have is an indicator of where the transgressive passenger is, but this game exists as a great proof of concept, especially as one made in a month

... well, I just failed to deal with (SPOILER) for the first time, that really added to the stress lmao

but the stress is part of the fun!

alright, I've finished the game, man that was stressful but I'm so glad I played it

A year late, but I just stumbled across your dev diaries and found them quite interesting!

I thought this one was pretty fun. The concept was really funny and the gameplay was sufficiently engaging. I thought it got a bit frustrating towards the end where it's very easy to lose your place in the large levels jumping back and forth to answer call buttons, but I can't think of any concrete ideas to improve it. I might rank it 6/12? Somewhere around there.

Game crash on me exactly as I finished the 20 flights marathon. Progress wasn't saved. But that's not very imporatant, as it's done. Was more disappointed by the error massage not laughing in my expense.

For me, it's too visually ambiguous to be playable for very long. After getting to flight 10, I quit to avoid headache.

The game does describe violations in text, actually showing the plane and highlighting would make a loss feel more like "ohh, yah, I should have seen that" and less like "no U lose, I win, game is clearly cheating."

This works in linux under wine (use winetricks dxvk). 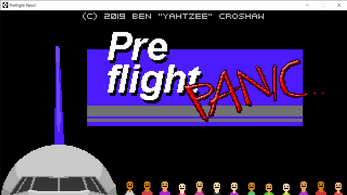 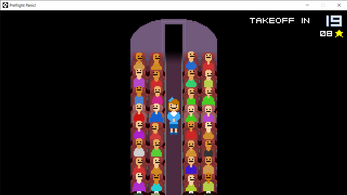 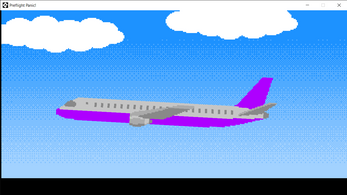 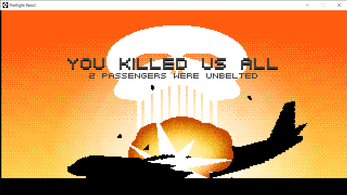