Marooned in the middle of the ocean after a plane crash, you are offered a deal by a mysterious artefact -  search the nearby ocean depths for its scattered shards, and in return, it will lend you its power. But many questions are yet to be answered - why were the pieces scattered in the first place? What is the artefact's agenda? And what is that strange stirring from the abysmal depths? The tenth game in my 12 games in 12 months Dev Diary challenge.

Unpack the zip into the folder of your choice and run devdiary10.exe.

I really enjoyed this one. I kept wondering, who is the more evil villain: the sinister artifact, or the tentacled horror?

I saw the poll of everyone ranking their favorites and I'm quite surprised this one was so high up. Easily my least favorite of the bunch. It's more annoying than scary, having to memorize the locations of the shards of the artifact and go diving because your air supply is so limited all the while being chased by an invincible mouth that I can't do anything about.

This one didn't really grab me. I liked your pitch for it in the dev video, but the actual game feels a bit empty. I don't think it really accomplishes the desired atmosphere of evading a colossal, unknowable monster -- it's too easy to see the wires, that the limbs don't actually attach to anything and are just objects created by the game with predictable attack patterns. (At several points I actually saw the tentacles despawn, which looked quite silly.) I was really spooked by your initial description of a monster so huge you could never see all of it, but that's not really what we got.

A big part of this, I think, is the choice of perspective. You said that video games are uniquely good at horror because of the ability to identify so strongly with the player character, 2D perspectives don't work so well for that. I never felt like I was getting drowned by a sea monster, just that my tool for exploring the game was and how annoying it'd be if I had to restart. (So I guess in that way I empathized more with the artifact? :p) The only times I've been spooked by underwater environments is in first-person games, since that better conveys the sense of disorientation that's crucial to underwater horror. Here, that's not the case -- movement isn't terribly different from movement on the surface, and you're never confused about which way is up. (Might have been clever to keep the avatar constant and move the screen around them instead?)

The other part is that I, personally, am not very frightened by monsters. Monsters aren't real, you see. Existential horror scars me deep in my soul, but as soon as you plop an impossible monster in front of me, I become more interested in its biology and design than how scary it is.

The real horror in "The Life of Erich Zann" was, to me, the slow inevitability of your failure and the callousness of the people around you to your struggle, combined with the possibility that maybe you're just crazy (or becoming crazy) and none of this is what we think it is. It's unknowable, uncertain. Here? Oh, it's a black tentacle. I should probably avoid that. Oh no, it grabbed me. Can I escape by pressing up? Yes, I can. Great, I'll just keep doing that in the future, threat solved. I would undoubtedly be freaked if this happened to the real me, but a game is too abstract. I don't feel any sense of danger or mortality.

P.S. I don't know if someone's showed this to you already, but it sounds like the Magnus Archives episode "Adrift" might speak to you. (The Magnus Archives is, in general, a series I highly recommend if you are interested in horror.)

Really well done. Love the atmosphere. The tension of the camera zooming in as you swim to the surface is pretty wonderful. The sound effects + screen shake when text appears on the screen also really sells the power of whatever entity you are collecting.

Btw you should really link to the itch page directly from the vids.

Got salty in this one lol:

This was amazing, thank you for sharing! 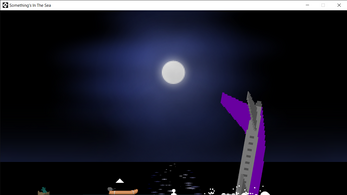 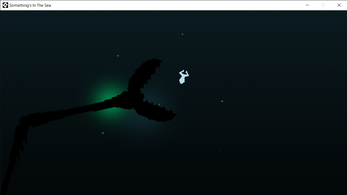 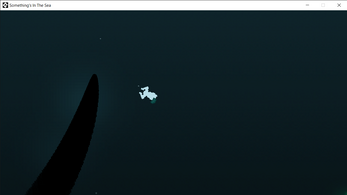 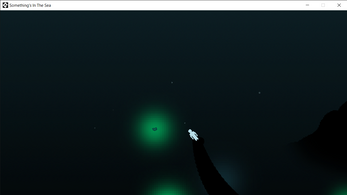 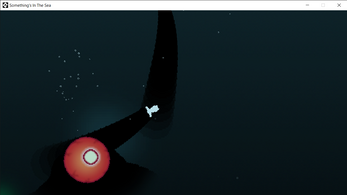